There’s still plenty to discuss about the Olympics— including how off-venue activity is driving the most engagement for athletes. However, our most exciting insight points to the best-kept secrets of social video this year…

This week, we’re looking at:

Viewers love them, but there’s not enough produced to meet demand.

Consider the following stats: Since the first week of 2021, views for short videos on YouTube increased 153% by the last week of July. In the same timeframe, the number of weekly new short-video uploads fell 63%.

In other words… short videos are gaining more viewers (billions w/ a “B”) per week, yet creators and brands are failing to capitalize.

There’s a huge opportunity here to get in front of large audiences. The cherry on top? Short Content is easier and quicker to produce and distribute.

Some of the top Short Video creators this year include:

In June alone, the Tsuriki Show had the second-most unique viewers of any creator or property in the world.

In short (pardon the pun)… shorter content is resonating with viewers. Now’s a prime time to meet that demand.

Sha’Carri Richardson Turns A Loss Into A Win

One of the Olympic Games’ biggest stars isn’t even competing. But that’s not stopping her from leveraging her omission into marketing gold.

After track star Sha’Carri Richardson missed the Games due to a failed drug test (THC), she has achieved media stardom:

Few track stars break out to mainstream awareness. Testing positive for a compound found in marijuana gained Richardson more attention than her on-field success has.

There’s intense debate around punishing athletes for using a substance now deemed legal in many states. (Not to mention the racial disparity to how violations were addressed). 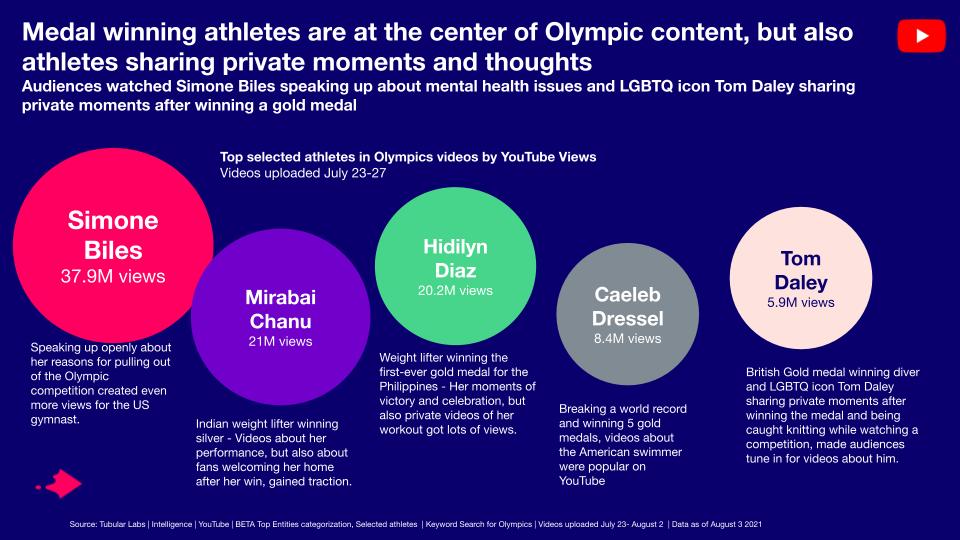 There may be no in-person spectators at the Olympics, but the athletes competing have plenty of viewers. What’s most notable are the athletes generating the biggest audience—and why.

Want more insights on how you can uncover under-the-radar opportunities on social video? Get in touch with Tubular Labs for a demo today.